Where Will We Find Leadership to Save the Planet?

Governments don't lead, they follow.  This truth came to mind as I tried to look past the disappointment of President Trump's decision to reject the Paris climate agreement.  His choice to give up America's leadership toward a clean energy future will hurt not only the planet's environment, but also damage our national economy and our international respect.  But, we assign too much authority to our nominal leader if we think the President can derail the strong forces that are addressing climate change. 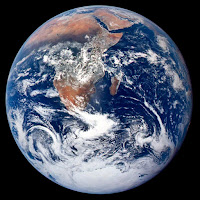 For at least the last two decades, and strongly for the last two years, the private market, non-governmental organizations, moral leaders, and active citizens have changed the world. They have re-oriented us away from a short-sighted, fossil-fuel economy towards a sustainable society driven more by consumer activism, regional cultures, and local and state democracy.  Many elected leaders around the globe have recognized these changes and moved forward

The ignorance of these current trends by President Trump will not stop the political and economic forces coming to the fore, just as his ignorance of basic earth science will not prevent the climate from warming and the seas from rising. It's perhaps ironic that a President supported by the Republican party believes that he has the singular power to undo or change the results of decisions by other nations, multi-national corporations, large utilities, state and local governments, social and philanthropic organizations, investors, consumers, and just plain citizens.

The primacy of individual decisions and the power of market forces are conservative perspectives that are strangely more relevant after President Trump's unilateral action. It would be a mistake to listen too closely or take too seriously the words or actions of Donald Trump, or any President. Certainly, we should not despair because of the misguided speech and false facts he presented on the beautiful natural grounds outside the White House on a sunny day in June.

It is not helpful that the President has announced a decision to cancel our nation's support for the Paris climate agreement.  It leaves the United States out of the mainstream of the international movements that seek to shape economies, lead public and private investment, and positively engage citizens.  Leadership is important to move forward with any sort of common purpose, and the lack of it from the President will of course be deleterious to both the country and the planet.  However, leadership is coming from other nations, from governors, from CEOs, and from the Pope and other moral leaders.

Science and technology also plays a critical role in our future.  Although the President has chosen to ignore the wisdom and work of many scientists, they continue to analyze, educate, and inform our policy efforts.  With great effect, again unappreciated by the current administration, the genius of scientists and engineers has created changes in how energy is captured, generated, transmitted and used.  The profound shift from carbon-based fuels to solar and wind energy, the improvements in energy-saving design and practices, and the application of the best information sciences have allowed our economy to grow while our use of fossil fuels has diminished.  We should expect and support further advances.

Leadership for the future will come from citizens and consumers, from investors and donors, from scientists and educators, and from those who pray and those who vote. We as individuals in the United States need to remember, and reclaim, our role as the power in our democracy. This is already happening, and as we employ our rights and responsibilities to vote, to speak out, to organize with others, and to participate in government, we need to think and act with nature in mind.  The planet sustains us with air, food, clean water, and the particular joys of special places.  We need to be stewards of this goodness.

The difficult realities of climate change are already evident, and more pain will result from the President's decision to abandon science and assert himself as a singular leader.  If we cede our power to government in this way, things will get worse. But if we maintain hope, if we have a common allegiance to truth and science, if we act locally to make our communities stronger, if we build economies that are sustainable, if we work with others, and if we become active citizens, then our government will -- as it should -- follow.
Posted by Tom Cook at 3:13 AM 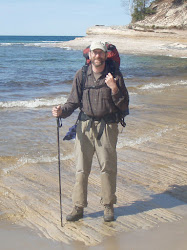 My goal is to visit all of The Nature Conservancy (TNC) preserves in Michigan, and a few other spots in the Great Lakes as well. On the way, I hope to learn more about what makes our region special, and what we might all do to help preserve nature and protect life. I am not a professional naturalist, and depend on others for scientific guidance. I welcome your comments and questions.
Tom Cook is the past chair of the board of trustees of The Nature Conservancy in Michigan. In 2006, I completed a 460 mile hike across the Upper Peninsula to raise funds and awareness for the work of The Nature Conservancy. Points of view expressed here are my own.
Follow @Tom4tnc